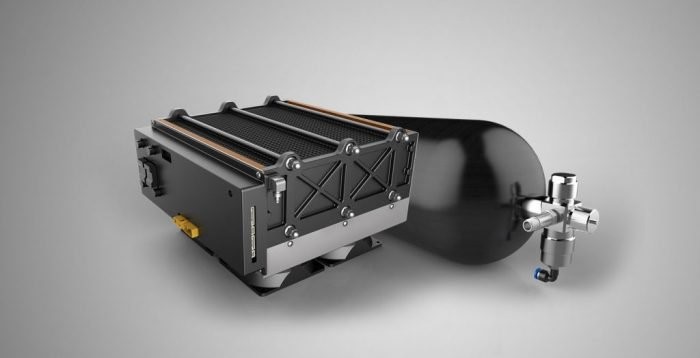 The future of energy: batteries vs. hydrogen

As the world pays more and more attention to global warming and other alarming environmental issues, it will require more than just renewables and efficiency to meet climate goals. That is why batteries and hydrogen play a crucial role in creating a cleaner and smarter tomorrow. They stand out as two significant technologies due to their ability to convert electricity into chemical energy and vice versa. They are ready to transform the energy industry, but which one is more promising and how do they differ?

The future of energy

Batteries and battery innovations are seeing increasing demand as electricity is being generated in new ways and is being used to power e.g. our mobility. It is predicted that by 2050, about 50% of electricity will be generated by renewable resources and batteries play an important role when it comes to the energy storage. At this moment, battery technology is more advanced than the electrolysers that are used in hydrogen generation. Additionally, due to higher production volumes, the cost of lithium-ion batteries in particular has decreased, while manufacturing electrolysers is still relatively expensive due to the smaller scale production.

Hydrogen will also play a significant role in achieving clean, secure and affordable energy in the future. It is energy-dense, light, storable and does not produce direct emissions of pollutants or greenhouse gasses. Although it can make a crucial contribution to clean energy transitions, it is still almost completely absent in sectors like transport, buildings and power generation and still needs some time to be adopted. This creates many opportunities for the utilisation of its full potential in the future.

The key technology driving the electrification of transport at the moment is lithium-ion batteries. Over the past couple of years, the capacity to make battery cells has expanded significantly all around the globe. In 2019, 100 GWh of batteries were required for 2.1 million electric cars sold that year, whereas today we can produce about 320 GWh of batteries per year. With their prices plummeting rapidly due to higher volumes of production and technology investment, they have become an efficient source of energy for mobility, helping to speed up the shift away from ICE (internal combustion engine) cars. Governments in many countries, like Norway have even adopted policies to encourage the use of electric cars, further speeding up the reduction of battery prices.

Hydrogen on the other hand, has not been proven to be as effective as batteries. Even though you can pump it like a gaseous fuel and refill tanks quickly, in order to turn hydrogen into electricity, you need to use a fuel cell. The best electrolysers at the moment have a 90% efficiency, and the fuel cells used to generate electricity from hydrogen are not at a viable efficiency level yet, yielding only around 40-50%. This means that less than half of the energy that was turned into hydrogen can eventually be used productively, compared to the 90% efficiency of batteries. This becomes worse if hydrogen was used in a combustion engine to power e.g. a car, only around 30% of the energy will be turned into motion, which makes batteries a clear winner for now, when it comes to cars. However, because of the weight of the batteries, hydrogen is viewed as a potential winner for long haul and heavy transport use, such as road freight or applications as a substitute fuel in maritime.

Batteries also will play an important role in making the transition to renewable energy possible. They can be utilised in homes, industrial plants and power grids. According to BloombergNEF, by 2050 wind and solar will supply almost half of the world’s electricity. Since we cannot dictate when this electricity is produced that transition cannot happen without a form of energy storage.

As we become ever more reliant on these renewable sources, there will be increasing opportunities for batteries to support the energy industry. A prime example of this would be that solar or windfarms can supply energy to large battery arrays when demand is low, while during peak times the batteries support the energy farms when they cannot meet the demand. Although lithium-ion batteries have limits when it comes to the amount of energy they can store, the fact that they can be used in a modular way gives them a lot of potential to be a leapfrog technology in a world that is increasingly focused on tackling climate change.

Hydrogen can be utilised in the areas where other energy storage technologies cannot easily be deployed. Electrolysers can use low-carbon electrical energy to split water into hydrogen and oxygen, for storage or even transportation to be used at another location. Clean hydrogen and hydrogen-derived fuels have the potential to decarbonise sectors, where emissions are particularly hard to reduce, like aviation, shipping, long-haul trucks, the iron, steel and chemical industries, etc.

Hydrogen also shows potential for grid storage. When using batteries to store excess energy, doubling storage capacity will double the cost as an entirely new battery array is needed, but when it comes to hydrogen, to double the storage capacity all we need to do is build an extra tank instead of a full new electrolyser. The downside of hydrogen though is that electrolyser production and scale is still in its early stages. Before governments decide to support electrolyser manufacturing, they need to know whether clean hydrogen demand will increase in the future and if it is safe as well as efficient to use it in transport, industry, and buildings, so it still has a long way to go.

Batteries and hydrogen have been creating a buzz and heated discussions for the past couple of years now. Even though the battery sector is more developed and more efficient at the moment, hydrogen shows a lot of potential for the future as well. “Ideally, the energy tech industry would include both, battery and electrolyser manufacturing to move towards a cleaner future and take advantage of the benefits of the two technologies. To discuss this and other energy transition topics, on September 22-23 more than five hundred leading energy and electrified transport sector stakeholders, including such energy sector giants as Japan’s Tepco, Italy’s Enel, the UK’s British Petroleum, the Netherlands’ Shell, Norway’s Equinor and U.S.-headquartered Chevron will gather virtually at the Energy Tech Summit 2020. The event will also feature representatives from the most substantial venture capital funds, including C-levels from Bill Gates’ Breakthrough Energy Ventures and BMW’s risk capital fund BMW i Ventures.”, – states Rimas Maliauskas, the managing partner at Energy Tech Summit, a global Energy tech and E-mobility conference.